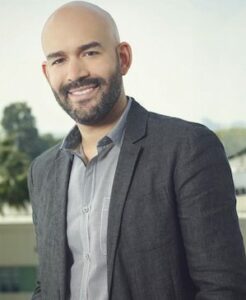 Terence Carter currently serves as co-president and head of television at Westbrook Studios, where he will oversee TV production and development for the independent studio founded by Will Smith and Jada Pinkett Smith. He recently transitioned to this role from his position as Executive Vice President, Drama and Comedy Development for Twentieth Century Fox Television, the prolific studio behind such broadcast hits as THIS IS US, EMPIRE, 9-1-1 and MODERN FAMILY. He served in this role beginning in January 2018, and developed eagerly anticipated programs such as Liz Heldens and Matt Reeves’ THE PASSAGE, SINGLE PARENTS from JJ Philbin and Liz Meriwether, and REL from Jerrod Carmichael and Lil Rel Howery, among many others set to premiere this season.

Carter previously served as Executive Vice President, Drama Development, Programming and Event Series for FOX, where he was responsible for developing and overseeing EMPIRE — the network’s #1 show for 4 years — as well as many other acclaimed shows, including Ryan Murphy’s 9-1-1, Marvel’s THE GIFTED, LETHAL WEAPON, STAR, THE RESIDENT, THE ORVILLE, GOTHAM, LUCIFER, “Glee,” “Bones,” “Pitch,” “X-Files,” “24: Legacy,” “Sleepy Hollow,” and “The Following.”  Prior to that, he served as Senior Vice President, Drama Development for the network.

Carter joined FOX in 2009 from NBC Entertainment/Universal Media Studios, where he served as Vice President, Drama Programming and developed such shows as “Parenthood” and “Southland.” Prior to joining the Drama team at NBC, he served as Director of Comedy Development for the network.

Prior to NBC, Carter served as a head of Development at Tonic Films, specializing in genre films. While there, he supervised the development of “Borderland” and “Cabin Fever 2: Spring Fever.” He also served as a partner at TruEntertainment, and held positions at Artists Production Group and Artists Management Group.

In 2011, Carter received the honor of being profiled in Variety’s “New Leaders” edition.  In 2009, he was named one of The Hollywood Reporter’s “Next Generation: Top 35 Executives Under 35.”