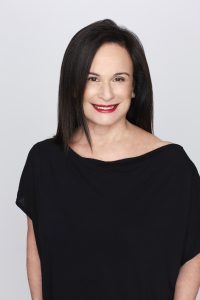 Laurie Zaks currently serves as President of Mandeville Television. Zaks has been at ABC Studios since 2006 when she left the network executive ranks to become president of Armyan Bernstein’s Touchstone TV-based Beacon Television. At Beacon, Zaks developed ABC’s “Castle”, on which she served as executive producer for five years.

Prior to joining Beacon in July 2006, she was Senior Vice President, Current Programs, UPN, beginning in 2002, overseeing series programming responsibilities for all comedy and drama series on UPN, including “Veronica Mars,” “Buffy the Vampire Slayer” and “Everybody Hates Chris.” Earlier in her career, Zaks served as Vice President, Current Programs for CBS Television Network, where she oversaw such highly-acclaimed series as “Everybody Loves Raymond,” “King of Queens” and “The Guardian.” Prior to joining CBS, she was Vice President, Comedy Development, at Comedy Central and was one of the executives originally hired to launch the network in New York. During her tenure at Comedy Central, she was relocated to Los Angeles in 1996 to create a West Coast presence for the cable network.

In 2013, Zaks joined Mandeville as President of their television division with an overall deal at ABC Studios. Last year, Zaks produced “The Fix” for ABC and shot a pilot called THE HYPNOTIST’S LOVE STORY based on a Liane Moriarty book.