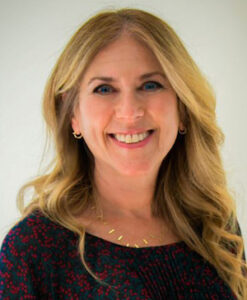 Prior to EPIX, Nancy was President, Heyday TV USA, where she oversaw series targeted for broadcast, cable, and streaming, and executive produced TheInBetween, recently picked up to series by NBC.

From 2007-2016, Nancy was Senior Vice President, Creative Affairs at Fox 21 Television Studios (formerly Fox Television Studios) where she developed and oversaw the award-winning and critically acclaimed drama The Americans, the Emmy-nominated series The Killing, and Queen of the South.  She also developed highly noted The Chi as well as Seven Seconds. In addition, she oversaw The Comedians, starring multi-award winning actors Billy Crystal and Josh Gad, Oscar-winner Holly Hunter’s Emmy-nominated Saving Grace and Emmy-nominated The Riches, starring Eddie Izzard and Minnie Driver.

Cotton was Vice President of Programming for Mandalay Television, where she produced Young Americans, starring Kate Bosworth and Ian Sommerholder, and the celebrated series Cupid. Before Mandalay, Cotton was Director, Drama Series at ABC, and oversaw numerous series including David Kelley’s award-winning The Practice. Cotton began her television career as an assistant in the television literary department at The William Morris Agency.

Cotton has sat on the board of The I Have A Dream Foundation- Los Angeles for over a decade. She also sits on the advisory board for the Los Angeles Alliance for a New Economy (LAANE), which advocates for social and economic justice, fighting for good jobs and a healthy environment.  Cotton graduated from Harvard University with a BA in Fine Arts.