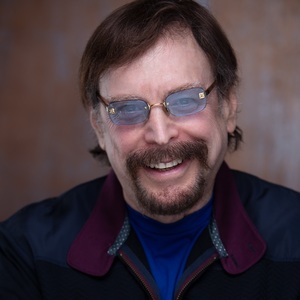 Wolf is founder and CEO of the independent production and licensing company, The Producers Lab, Inc. which provides music for multiple film studios, television networks and streaming services including Netflix, CBS Sports, Discovery Networks, Fox, NBC, ABC and more. He has contributed to the soundtracks of hundreds of television episodes including 12 seasons of the worldwide hit NCIS and 20 seasons of America’s Next Top Model. His work has also been featured in Big Bang Theory, Nashville, NCIS LA, Oprah: Where Are They Now?, Criminal Minds, Bojack Horseman, Elementary, Bloodline, The Good Wife, The Mindy Project, Shameless, Burn Notice, Bones, Jessica Jones, The In Between and many more.

Wolf was among the first record producers to break down the barriers between R&B, Hip-hop, and Pop at the beginning of the 1990s and worked on projects with Prince, Freddie Mercury, Seal, New Kids On The Block, MC Lyte, Fergie, Coolio and more. Wolf’s production is featured on Bell Biv Devoe’s albums Poison (certified triple platinum), WBBD-Bootcity (certified gold), and “Hootie Mack” (certified gold) as well as “Ralph Tresvant” (certified platinum) and the Barrio Boyzz single, “Dondequiera Que Estes” (certified platinum).  Wolf also helped pioneer the genre Acid Jazz, working on the genre’s first compilation record The Rebirth of the Cool Vol. 1.

Wolf currently is a professor at the University of Southern California’s Thornton School of Music. His class on the harmonies between Music & Mindfulness practices was the first on a University level to explore how the two disciplines can interact and strengthen each other. His book “In Tune: Music As The Bridge To Mindfulness” published in 2019 was the #1 New Release in its category on Amazon.