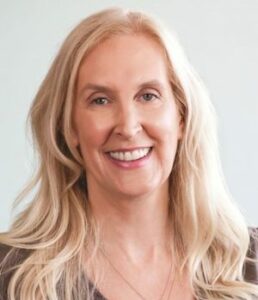 Susan Sprung is the Associate National Executive Director and Chief Operating Officer of the Producers Guild of America. The PGA, with over 8500 members, is the non-profit trade group that represents, protects and promotes the interests of all members of the producing team in film, television and new media. She is a Commissioner on the Anita Hill Commission on Sexual Harassment and Advancing Equality in the Workplace, sits on the California Film & Television Production Alliance and is a member of the Western Council of the Actors Fund.

Ms. Sprung previously served as Special Counsel at the law firm of O’Melveny and Myers in Los Angeles. Prior to that, she was an associate at Barrett Smith Shapiro Simon and Armstrong in New York. She specialized in general corporate law, mergers and acquisitions, large bank financings, private placements and public offerings. She also served as Corporate Counsel to TrizecHahn Corporation during the completion of the Hollywood and Highland project. Ms. Sprung chaired the Board of Directors of the I Have a Dream Foundation-LA for 5 years and was a member of the Board of Trustees of University Synagogue. She served on the Advisory Board of the Got Your Six Campaign. She currently serves on the Board of Directors of the I Have a Dream Foundation. She graduated from the State University of New York at Albany, magna cum laude and from Boston University School of Law.

She and her husband, Christopher Keyser, screenwriter and past President of the Writers Guild of America, West, have 2 children and reside in Los Angeles.